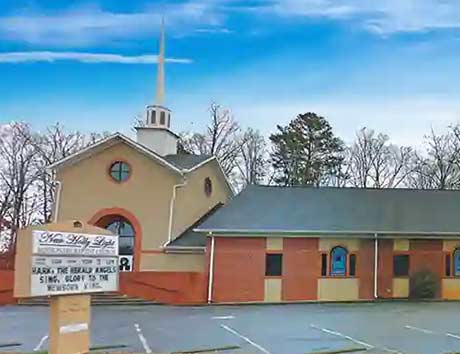 We have committed ourselves to a "Close the Gap Ministry" in all aspects of our church. As in Ezekiel 22:30a, "And I sought for a man among them, that should make up the hedge, and stand in the gap before me for the land, that I should not destroy it." We were seeking to close the gap in health, education, community and spiritually. The Close the Gap Ministry in Education has several programs in place to assist our members and community with their education. The Education Ministry sponsors a tutoring program and homework center for the youth in the church and community. We have volunteers from the church, Alpha Phi Alpha Fraternity, Delta Sigma Theta Sorority, Clemson University and the community handling these services. The Education Ministry also offers The Curtis Hill Scholarship to the youth in the church that graduates with a 3.0 or higher GPA. The Close the Gap Health Ministry offers services to keep the church and community in shape physically. We have health screenings periodically and health fairs.

We believe that a person cannot get the Word spiritually if their body is not taken care of physically. The Close the Gap Community Ministry allows for us to get outside the four walls of a building. We have a Prison Ministry in which we hold service at a prison in the area periodically. Issues as they arise in the community are also a part of this ministry. The Close the Gap Spiritually Ministry is an ongoing ministry. We must tell every one of Our Lord and Savior Jesus Christ. In order to grow as Christians, we must be fed the Word. We have many programs and services to assist in the spiritual walk. In all of our ministries we have a goal as in Luke 1:17, "And he shall go before him in spirit and power of Elias, to turn the hearts of the fathers to the children, and the disobedient to the wisdom of the just; to make ready a people prepared for the Lord." If you are ever in the area or looking for a church home, come and join us as we give all praises to God.

Thank God for all of His Past, Present, and Future Blessings!